Where is Kedarnath Temple?

Kedarnath temple is located in the state of Uttarakhand. It is on the bank of Mandakini and has an altitude of 3584 above sea level. This temple is a part of char Dham. Every year people from different corners of the world come to explore the temple. You can adopt various means to go to this place. Trekking is the most common route that is adopted by travelers. 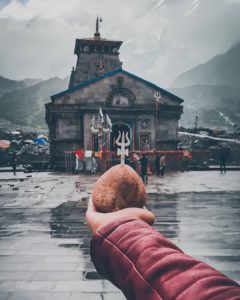 How to reach Kedarnath Temple?

It is one of the most common questions that may often arise in your mind. It is located in the state of Uttarakhand. The temple can be reached through airways, roadways, and trains. The nearest airport to this temple is Jolly Grand Airport. It is in Dehradun. The airport is about 239 km from the Kedarnath temple. You can get cabs from the airport. If you come by train, you have to reach Rishikesh. Kedarnath temple is 221 km from Rishikesh. However, a bus facility is always available. It is best if you get a bus from Rishikesh or Kotdwar. It will drop you at a nearby place in Kedarnath temple. From that point, you can trek or avail of other means to reach the temple.

Check out – Good day of the Week as per Astrology

How old is the Kedarnath temple?

If you plan to come to this temple, you need to have a clear idea and conception of the timings. The door of the temple opens at 6 am in the morning for the darshan of the common people. You can come during that time. The temple remains closed from 3 pm to 5 pm. It opens again after 5 pm for aarti. Suppose you can come before 3 pm to touch Lord Shiva and perform the Abhishek with ghee. However, after 5 pm, you cannot touch the Lord. You can have the darshan from a specific distance.